San Diego, California – May 23, 2014 | Benchmark Brewing Company, BNS Brewing & Distilling Co., and Societe Brewing Company announce a collaborative celebration of summer and San Diego craft beer. Each of these three San Diego breweries celebrate their anniversaries in June, and together, the three locations will be celebrating all summer long.

“The Summer Solstice Ale Trail is a fun way to encourage folks to visit all three of our Tasting Rooms. We are helping to share all that the San Diego beer community has to offer and we are hopefully turning some folks on to some really incredible, world-class beer.”

When beer enthusiasts present the official 2014 Summer Solstice Ale Trail Passport at each brewery’s Tasting Room, that brewery will stamp the passport in recognition of the visit. By obtaining a stamp at each brewery and completing the passport, beer lovers will be able to redeem their passports at any location in order to receive a commemorative bar towel that celebrates the occasion.

“There is so much to celebrate this Summer,” says Rachael Akin, Co-Founder of Benchmark Brewing Company. “Not only are we very excited to be releasing some special anniversary beers, but we are happy to have the chance to share them with the craft beer fans of Societe and BNS. San Diego is an amazing place to drink great beer, and our three breweries are an excellent place to start.”

Benchmark Brewing Company (6190 Fairmount Ave. Ste. G, San Diego, CA 92120) is a production craft brewery owned and operated by Matt Akin, a local professional brewer, and his family. Opened in 2013, Benchmark focuses on full flavored session (low ABV) beers. Benchmark beer is self-distributed and is currently available in the Benchmark tasting room and in local San Diego bars and restaurants. At present, Benchmark beer is available on draft only. Plans are in place to offer Benchmark beer in 16 oz. cans in 2014.

BNS Brewing & Distilling (10960 Wheatlands Ave. #101, Santee, CA 92071) is a microbrewery and distillery currently offering a variety of year-round and seasonal beers with plans for a barrel aged program in the future. The company is working on their distillery tasting room and plan to offer tasters of BNS vodka, gin, whiskey and bourbon once it is complete.

Societe Brewing Company (8262 Clairemont Mesa Blvd., San Diego, CA 92111) is a production microbrewery, opened by two professional brewers in 2012 in San Diego, California. Societe Brewing Company focuses on hoppy Out West ales, Belgian-inspired Old World ales, and dark and flavorful Stygian ales. The brewery also features a 3,000 square foot barrel room, and there are intentions to release a line-up of barrel-aged sour beers in the future. Societe’s beers are currently available in the Tasting Room at the brewery and locally at bars and restaurants throughout San Diego County. 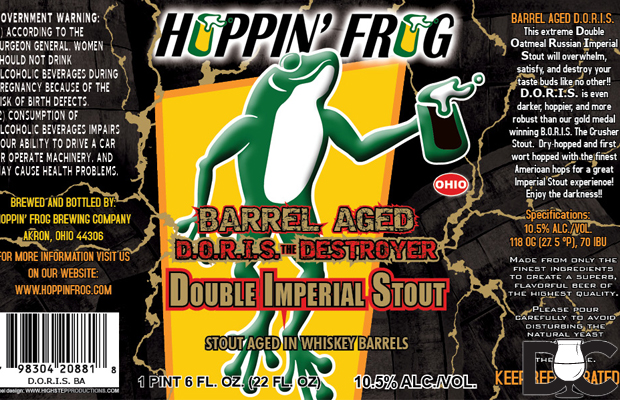 The Bruery On Infection & Stepping Up Their Game In 2014